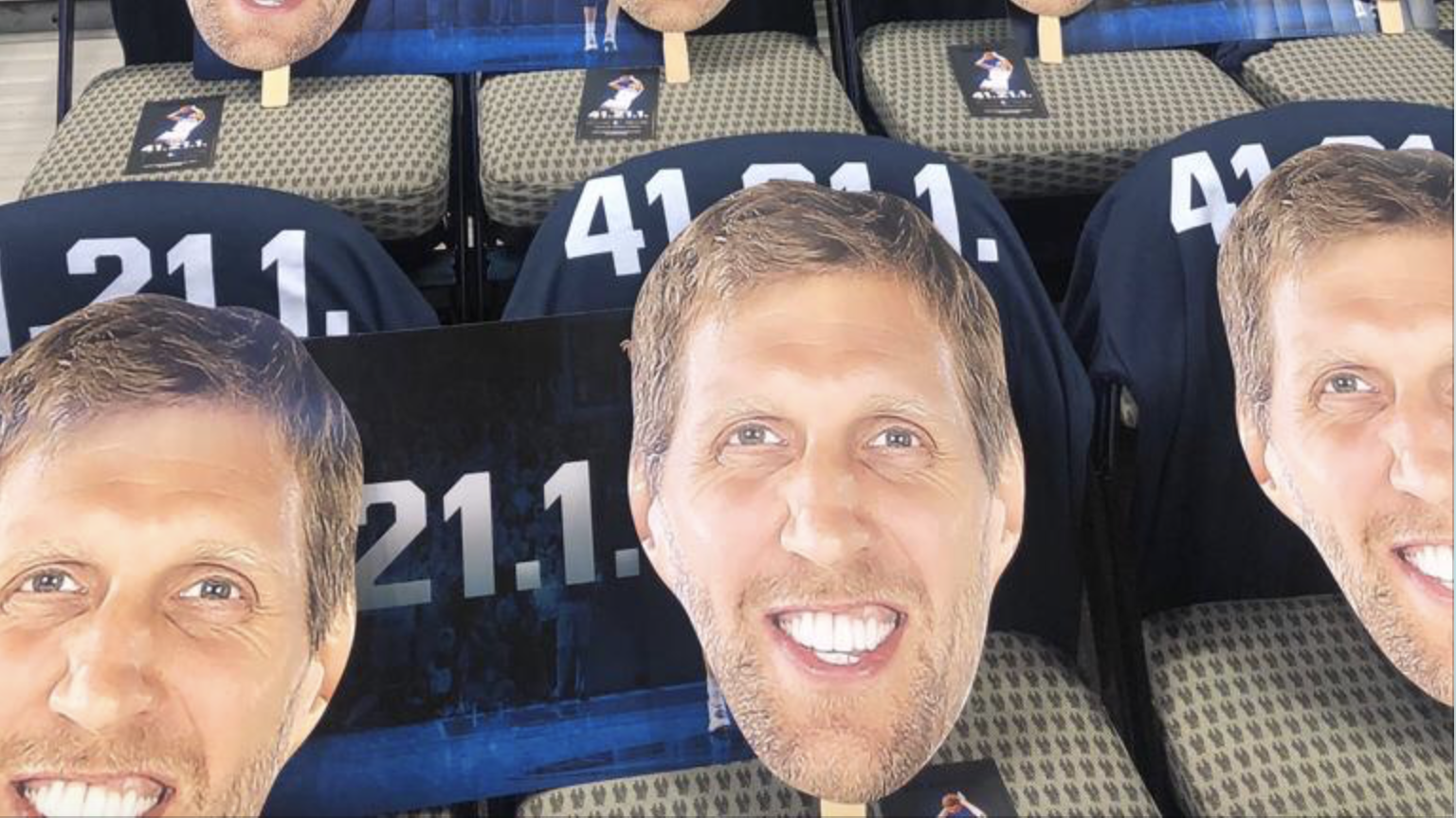 Dirk Nowitzki is unaware of all of the details planned for the big night, but it will be an emotional ride for him and all of his loving Maverick fans. It was reported that Nowitzki is planning to prepare for Tuesday night’s home finale against Phoenix as if it’s any other game, rather than, potentially, the last time he’ll play at American Airlines Center.

“It’s going to be fun,” Nowitzki said. “I’m going to make it fun. I’m sure there’s some stuff planned, but I try to stay away from it, obviously. I don’t want to know too much.”

Build a Head Big Head Cutouts at the Big Game

All Dallas Maverick fans attending tonight’s game will receive one:

Be sure to hashtag #TrueMavericks and #BuildaHead to be featured on our social media!